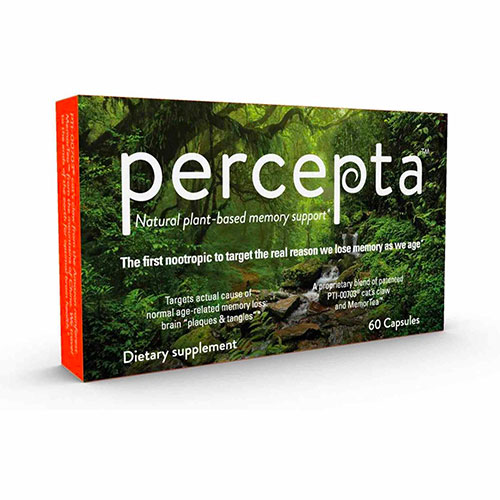 Percepta Memory is created as a plant-based memory support product. Among the nootropic supplements reviewed in this list, it is one of the unique ones in its constituency and brand promise, mostly as it banners cat’s claw as its main ingredient. Time to review Percepta and see what it brings to the table, but we’ll leave this section with an excerpt from the product page:

Percepta® is a breakthrough plant-based natural dietary supplement consisting of just two ingredients, patented PTI-00703® cat’s claw from the Amazon rain forest – and MemorTea® – a specific oolong tea extract. Percepta® and its individual ingredients have been rigorously and scientifically tested for specific targeting of brain plaques and tangles. It is backed by over 50 issued patents and over 15 years of scientific research.

The research team behind Percepta is said to have identified an ancient plant extract known as Uncaria tomentosa, or cat’s claw. This was used for centuries by the Peruvian tribes for immune support and enhancement. Eventually, cat’s claw was discovered to be a potent inhibitor and disrupter of brain plaques as well as tangles.

It’s worth noting, however, that beyond the novelty of it all cat’s claw extracts are not traditionally used in brain supplements. This means its benefits on cognitive health aren’t scientifically proven yet. From the looks of it, cat’s claw has been researched and studied mostly for its effects on inflammatory pathways and immunity, and further research is necessary for the exact benefits on brain wellness.

Compounds or agents able to disaggregate and reduce the accumulation of brain plaques and tangles have been shown to lead to memory improvement and a reduction in memory decline. The only difference between a healthy brain and an aging brain, according to the official website, is the number of plaques and tangles in the brain. The more plaques and tangles one accumulates in the normal aging process, the worse one’s memory, focus, concentration and cognition will be.

Percepta positions itself as the world’s first oral nootropic to target the real reason behind memory loss during aging: The accumulation of these notorious brain plaques and tangles.

The 60 capsules available in each box of Percepta Memory are enough for up to 30 days of treatment at a recommended dose of two capsules a day.

While the manufacturer Cognitive Clarity Inc. claims that the supplement is perfectly safe for consumption with no known side effects, there’s prevailing advice to be cautious when taking Percepta due to cat’s claw. In some people, this extract can cause headache, nausea, dizziness, low blood pressure, and vomiting.

Of the many nootropics available today, Percepta Memory scores high in novelty because of the inclusion of the plant extract cat’s claw. Choosing the best nootropics in 2021 and beyond, however, is not just about new, shiny things (or ingredients) but track record and real-world outcomes. Cat’s claw has been mostly unproven and maybe even untested in brain enhancement. This is the main warning that comes with choosing Percepta Memory, and it might be best to heed this advice if you’re particularly new to cognitive enhancement supplementation. 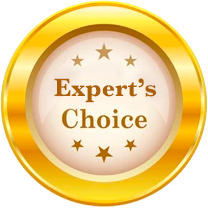 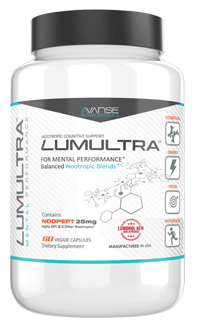